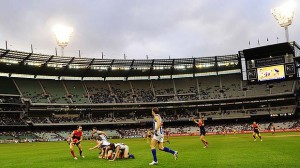 It doesn’t seem that long ago to some of us that league football was a game played exclusively on Saturday afternoons.
When South Melbourne went to Sydney in 1982, that became Saturdays and every alternate Sunday. A few years later, Friday nights were added to the menu. Later again, Saturday evenings. More recently, Sunday twilight.
I’ve heard more and more conceding that a Fox Footy subscription might actually prove more valuable than a club membership.

In 2014, we’re also going to see games on Thursday nights. And, as revealed by Fairfax Media on Tuesday, up to three on Sunday evenings. That’s AFL football on up to five different days out of seven. Which, even for the diehards among us, seems a bloody lot.
Of course the TV networks drive the scheduling of the AFL fixture, and why wouldn’t they? Such is the dearth of quality programming these days that Channel Seven will have to screen only a half-decent AFL match on a Sunday night to guarantee some good ratings.
And that’s the problem when it comes to the dangers of the AFL killing the goose that laid the golden egg. That the potential for over-saturation is a longer-term argument that doesn’t have an easily obtained set of numbers to back it up.
But that doesn’t mean it’s not a real concern. And that the AFL’s increasing obsession with spreading its tentacles 24/7 across the sporting year doesn’t risk turning off a significant section of its overwhelmed public.
It wasn’t that long ago the league at least purported to find a balance between catering to live and TV audiences. But with the distinctly un-family friendly scheduling of Sunday twilight and now Sunday evening games, it’s clearly given up even pretending. And what exactly are the longer-term ramifications?
Channel Seven has made no secret of attempting to slant its coverage towards the casual viewer more than the diehard fan, which makes plenty of sense for them. Whether it makes as much sense for the game itself is a lot more debatable.
As cricket has discovered to its cost in recent times via an obsession with the T20 brand and dwindling interest across the globe in the more traditional form of the game, casual interest doesn’t necessarily translate into a more deep-seated and abiding love of the sport and a commitment to stick through the bad times as well as good.
In the AFL, there have always been enough diehards raised on football culture to keep the turnstiles clicking. But recently, I’ve begun to notice a change.
While most true footy fans would never swap the magic of actually being there for watching on the box, I’ve heard more and more conceding that a Fox Footy subscription might actually prove more valuable than a club membership.
With the glut of matches at varying times, to go to a game these days, for all its benefits, means missing out on watching on TV up to three concurrently. Sit in the outer at a dud match and you’re stuck there. Flick the remote in the comfort of your lounge room, and you can easily exchange a shocker for a thriller at another venue.
If that trend were to continue, eventually the TV product would be played out in front of sparsely filled grandstands. That doesn’t enhance the TV spectacle, all the while the home viewer remaining just another click of the remote control away from a different sport or program altogether.
We’ve already seen the signs of football fatigue in the prolonged free agency and trade period. Last week, I sent out a speculative tweet asking what sort of football stories people would like to read over the next month or two. A surprising number of people responded: ”None. We need a break.”
Last year, one of the greatest handful of AFL grand finals played between Sydney and Hawthorn was swamped within 48 hours by the start of the free agency period. Even the AFL eventually recognised it needed at least some breathing space, and this year pushed the opening back a week. But the genie had already been well and truly let out of the bottle.
Of course footy fatigue is more likely in October. But the AFL would do well to remember that old line about absence making the heart grow fonder during the season as well. A television network always concerned with the here and now of day-to-day ratings can never be expected to look past its immediate audience share.
But the caretakers of our game have a much more important master to serve, namely making sure a much-loved part of our sporting culture remains that way in our hearts, not just another dime-a-dozen slice of prime-time entertainment. 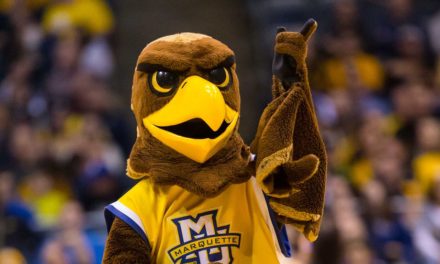