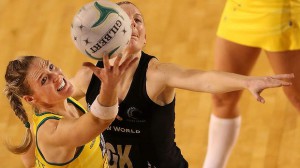 Women’s sport is a “rising force” that is “under-appreciated” by the corporate world in Australia, according to Australian Sports Commission chairman John Wylie.
Speaking on Tuesday before the ASC’s release on Wednesday of an updated assessment of Australian sport, Wylie lauded the success of Australian sportswomen this year.
As part of its Australia’s Winning Edge 2012-2022 initiative launched last year as a “comeback plan” following the London Olympics, the ASC set a target to have 20 world champions this year – and under its qualifying criteria they have so far tallied 18 athletes or teams from 13 sports – as well as a number of “notable performances.”
The ASC initiative has also set goals for Australia to finish in the top five in the 2016 Rio Olympics Games and Paralympics, and for next year to finish in the top 15 in the Winter Olympics in Sochi, Russia, and first in the Commonwealth Games in Glasgow.
After a year marred in particular by a number of doping controversies, especially in the NRL and AFL, Wylie conceded, “it has been a difficult year for Australian sport with a lot of the negative atmospherics around integrity in sport in particular.”